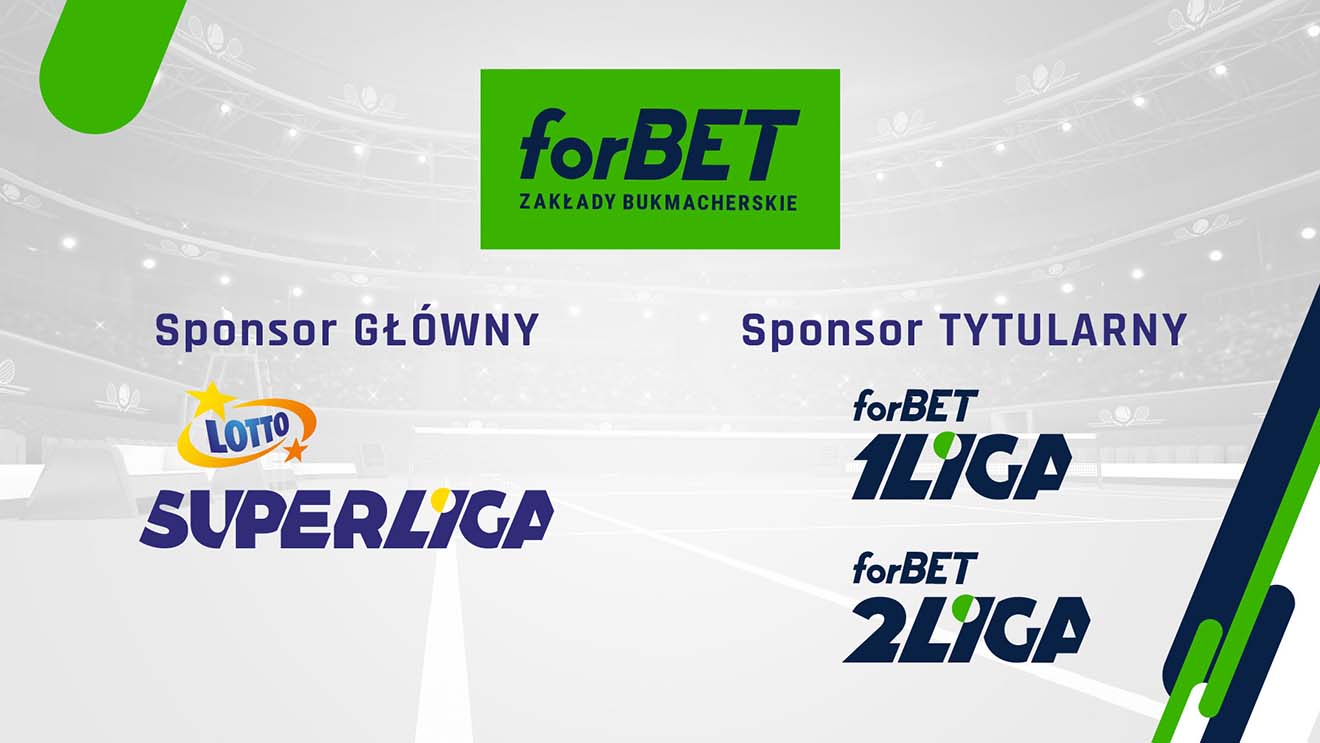 Three levels of competition, a dozen clubs, several dozen tennis players and the leading stars of the ATP and WTA rankings - this is a brief overview of the plans of the Polish tennis Lotto SuperLIGA! forBET has become the Main Sponsor of this event and has the exclusive right to list the betting offer. The first matches are in May!

- Tennis Lotto SuperLIGA is a project that was missing on the Polish market. The games will create conditions for Polish players to compete at a high level, without having to travel abroad. The three levels of the competition will make it possible for players at different stages of their careers, especially young people, to play - said Danuta Dmowska-Andrzejuk , president of SuperLIGI, at the Monday press conference.

The meeting with the media was an opportunity to present the sponsors. forBET became the Main Sponsor of the series and the Title Sponsor of the 1st and 2nd League. The bookmaker will display an exclusive betting offer throughout the season, not available anywhere else.

- forBET has been involved in Polish tennis for years. Paweł Majewski , president of forBET .

- SuperLIGA, however, is a project of a greater caliber, giving us the opportunity to reach the tennis audience widely. We will support the organizers in making their ambitious plans come true, because we will all benefit from it. Not only in terms of business, because the development of Polish tennis is what counts most - adds the president of forBET.

Lotto SuperLIGA advertises itself with the slogan "the strongest league in the world" and the organizers' plans are very ambitious. The goal is to achieve a higher reputation than the Czech or German league, where the leading stars of Tour compete in the preparatory period.

- I believe that we will be able to propose rates that will be attractive to tennis stars. In the preparatory period, we can compete with the show tournaments in the Middle East. There will be time for that, for now we are focusing on a good start and competition for the title of the Team Champion of Poland - says Artur Bochenek .

The games will start on May 29. The following can be sure to perform in the highest league: Górnik Bytom, BKT Advange Bielsko-Biała, AZS Poznań, CKT Grodzisk Mazowiecki, Olimpia Poznań Tennis Park and UKS Beskidy Ustroń.

You can bet on the most interesting sports events, including Lotto SuperLIGI matches, at www.iforbet.pl .