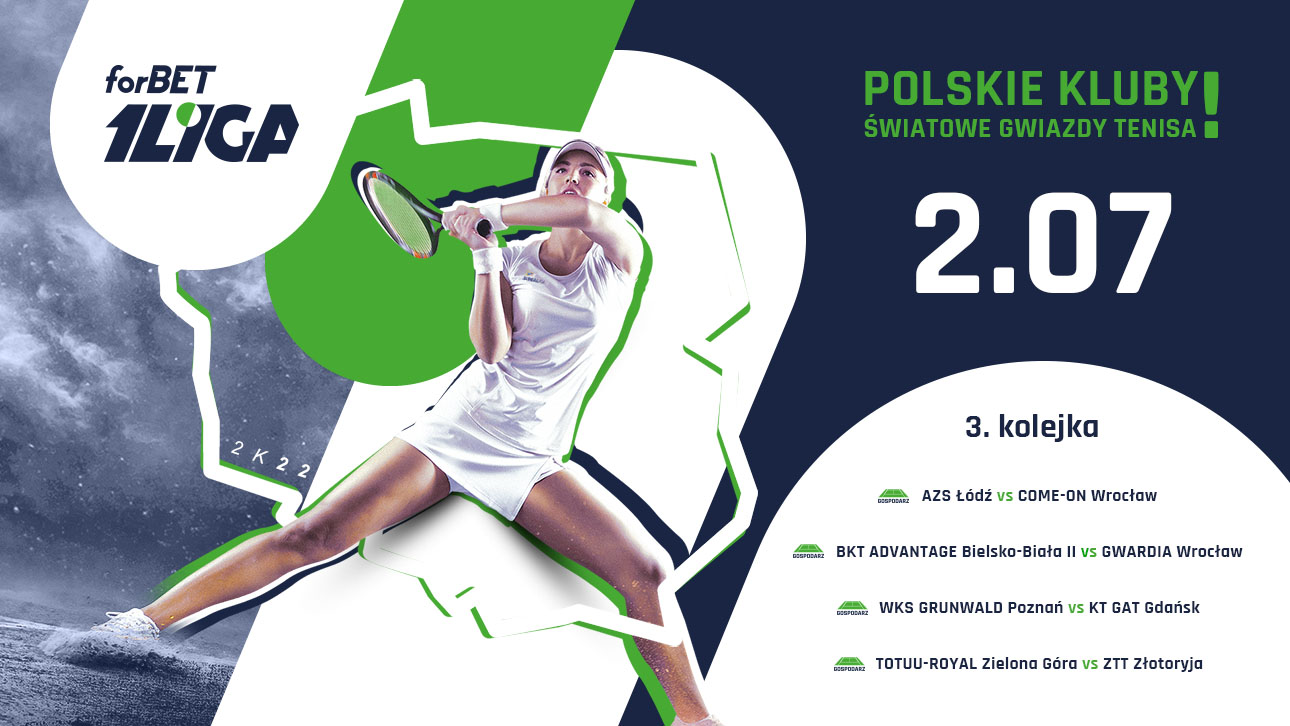 It's time for the third round of forBET 1st LEAGUE!

With the return of the players to the domestic courts in the LOTTO SuperLIGA competition, the backstage games of the best professional league in the world also return. Tomorrow, tennis players will come to the courts all over the country to fight for their Clubs for points to the ranking, for the highest position in the table, for promotion.

The most interesting match is definitely going to be the match in Poznań, where the current leader of WKS GRUNWALD Poznań will play against the forBET 1.LIGA - KT GAT Gdańsk table, who is on his heels. This match may bring one of the clubs closer to the fight for promotion to LOTTO SuperLIGA at the end of the tournament. This weekend, the eyes of all tennis Poland will be turned to London and… Poznań!

Let's see what the pairs in Match 3 look like: