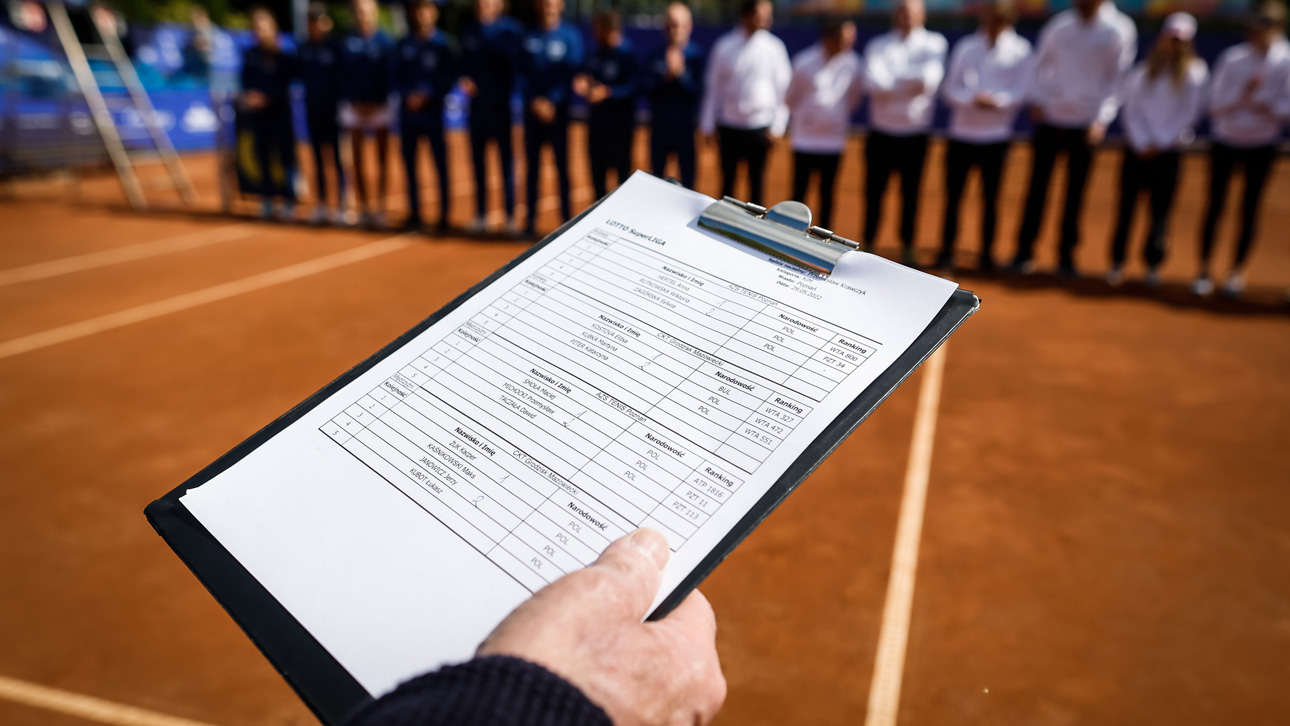 Tennis emotions in the homes of millions of Poles have settled in for good. We did not have time to enjoy the triumph of Iga Świątek in Paris, and on the grass courts of Wimbledon we were surprised by another white and red team. It is also not boring at national courts. After a short break, LOTTO SuperLIGA . Round 3 promises to be very interesting, and the fight for the top four is entering its decisive phase. So let's check what awaits us in the coming weekend:

KOLEJKA meeting will visit the capital of Greater Poland, at the beautifully situated facility of the Olimpia Tennis Park. Not just any rival, favorite in the inaugural season of LOTTO SuperLIGI - CKT Grodzisk Mazowiecki. For the Hosts, it is a game of the last chance. Failure can make it very difficult for them to fight for FINAL FOUR. For the CKT team, victory is practically a sure advance to the December finals, and this means that on Sunday we can witness enormous emotions.

In Poznań, the tournaments of professional tennis players will be accompanied, as always during the queue meetings, by a tennis tournament for children from the FRUTUŚ KidsCUP Tour . The rivalry of the hopes of Polish tennis will start on Saturday, and the most important matches deciding about the victory in the tournament and the points for the Race To Masters ranking have been scheduled for Sunday.

The KOLEJKA game , to which we invite everyone to watch TVs, will be broadcast live from the facility in Ustroń, already well-known to LOTTO SuperLIGA fans. The local KT KUBALA Ustroń will face the leader of the tournament - KS GÓRNIK Bytom in the match of teams aspiring for the highest goals. In this match, many interesting duels may take place, but we have selected a match for the fans, which in our opinion will bring a lot of emotions, unconventional plays and fight for each ball until the very end: Lukas ROSOL (KT KUBALA Ustroń) vs. Vit KOPRIVA (KS GÓRNIK Bytom). The match and broadcast on Polsat Sport will start at 12:30.

All the first matches in the matches will traditionally start punctually at 10:00. Half an hour earlier, the official presentations of the teams will take place. We cordially invite everyone to cheer in the stands and in front of TV sets on Polsat Sport.