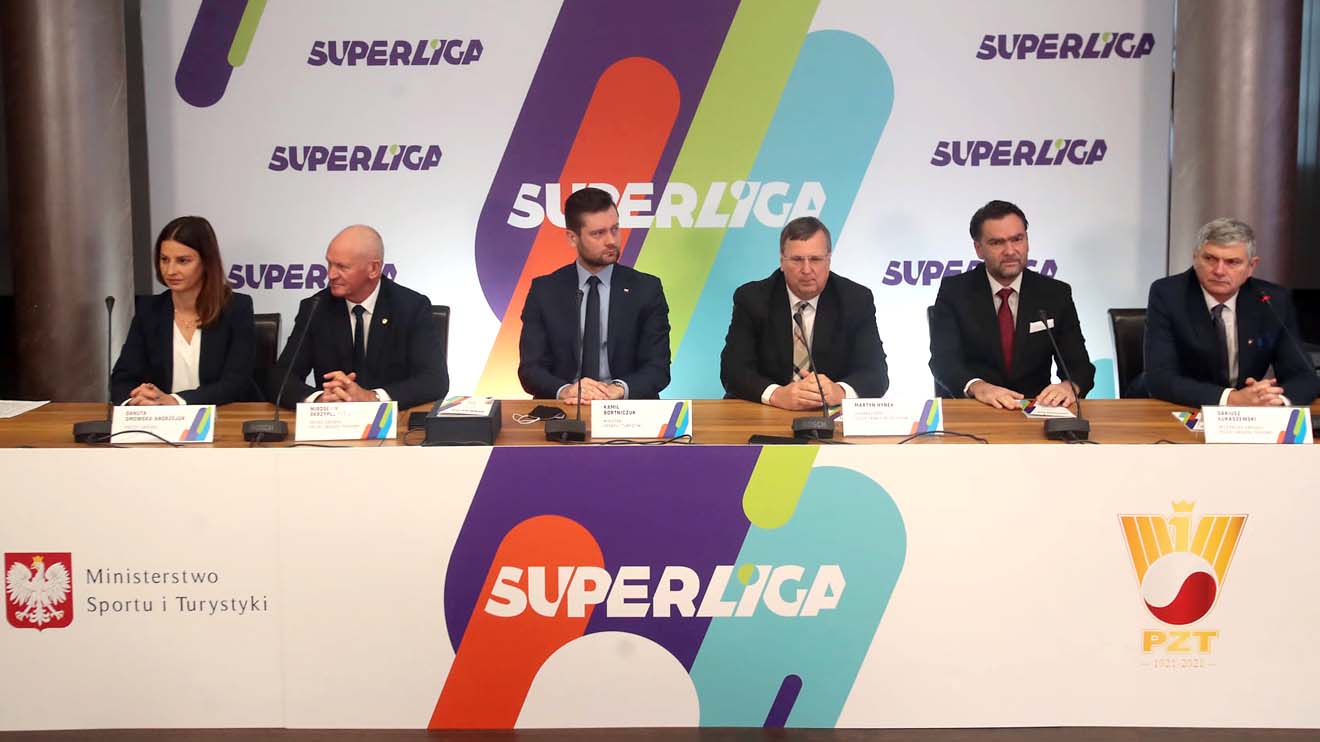 On May 29, 2022, Polish tennis will enter a new era. The best tennis clubs will start fighting for the title of the Polish Team Champion in the Super League.

This is another step towards the development of this discipline in our country - says the president of the board of SuperLIGA SA Danuta Dmowska-Andrzejuk .

Polish tennis was waiting for it! SuperLIGA starts next year. The tournament is scheduled to start on May 29. The main phase will consist of seven turns, four matches each.

- The professional league is a space for the development of each discipline. We see the same thing in the tennis world. In each of the countries where there is a professional league, tennis has developed strongly - emphasizes Danuta Dmowska-Andrzejuk. The players will decide about the strength of each team. This is extremely important in the context of the development of women's sport - she adds.

At this point, the following can be sure of their performance in the top-class competition: Górnik Bytom, BKT Advange Bielsko-Biała, AZS Poznań, CKT Grodzisk Mazowiecki, Olimpia Poznań Tennis Park and UKS Beskidy Ustroń. The league does not impose restrictions on participation for foreigners, and transfers and rentals will take place on the terms set out in the regulations.

- A special season is ahead of us. We know clubs are already talking to a lot of players. It will not only be the competition of the best of the best. The games will also take place within the 1st and 2nd league. Eight teams will compete in each of them. A transfer market will be created, there will be managers representing clubs and players, professional contracts and the entire professionalization of this area, which so far practically did not exist - says Artur Bochenek , Vice President of the Management Board of SuperLIGA SA

We will meet the Polish Champion during the final tournament. During the tournament, four clubs will play for the national championship in the knockout system, and the other four will play to maintain their position in the best division for the next season.

- The grand finale will be held on December 10-11 next year in Zielona Góra. The date is not accidental, we hope that the clubs will be tempted to contract players from the highest WTA / ATP rankings for the finals. Lots of Polish players play in the Czech league. We are convinced that our Czech friends will be the driving force behind our SuperLIGA - emphasizes Mirosław Skrzypczyński , president of the Polish Tennis Association. And he adds that this is a project that has never been in Polish tennis before.

Each fan will be able to follow the struggles of clubs on Polsat and Polsat Sport TV channels and on a dedicated streaming platform. Tennis fans will receive, among others, the broadcast of the best match of the queue, a summary in the SuperLIGA magazine, interviews with players, experts' comments and a report on the children's struggles of the KidsCUP.

In addition, a dedicated platform with photo and video materials will be launched - sLiga.tv, where tennis fans will have access to, among others, extensive video reports from each league round with comments or announcements of next matches.

SuperLIGA games will be played under the honorary patronage of the Ministry of Sport and Tourism.