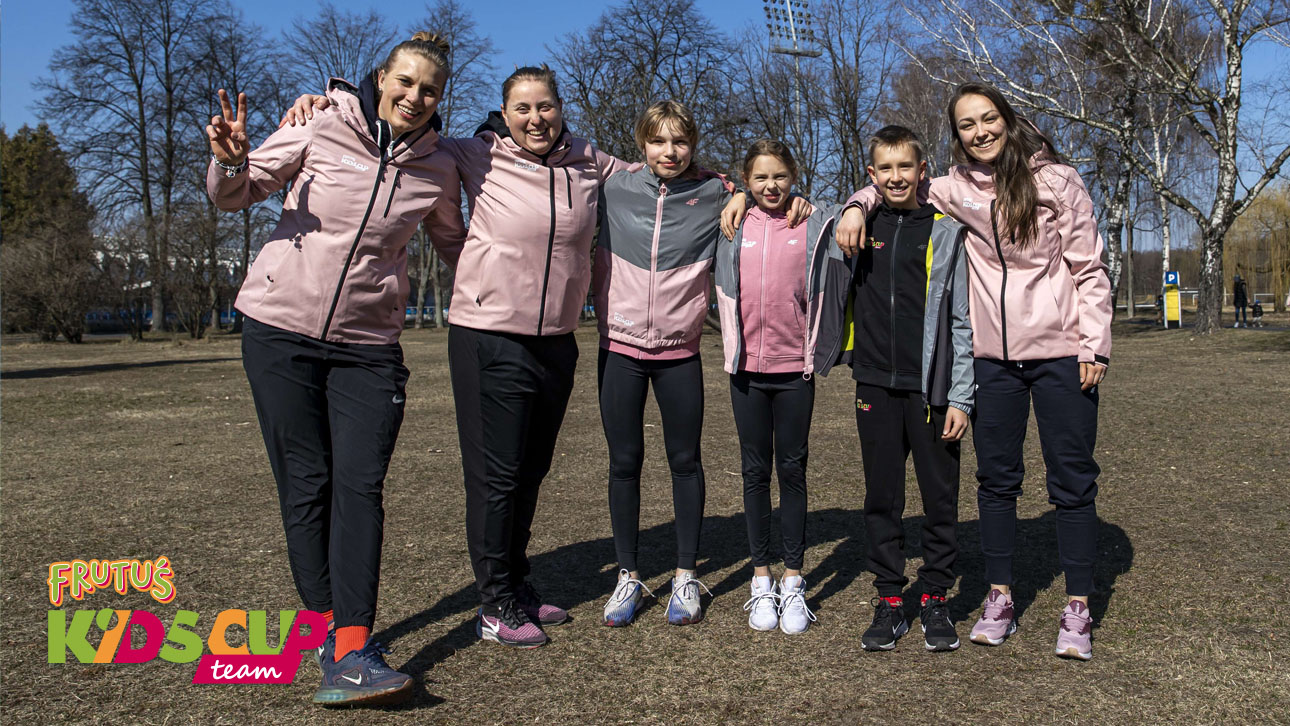 The first training camp of FRUTUŚ KidsCUP Team took place in Warsaw on March 18-20 and gave everyone involved in the project a lot of food for thought and - above all - for planning the next steps of the program of work with young players.

- It was a very intensive consultation. We are aware that our program is in fact the first of its kind in Poland, so we pay attention to everything. We try to pass as much knowledge as possible to our young players, but in fact we also learn - says Alicja Sierzputowska , the coordinator of the Frutuś Kids Cup Team program. - We work with top-shelf professionals who, of course, also adhere to the principle that their workshop should be improved all the time. I can see that everything is going in the right direction, but I am also aware that there is still a lot of work ahead of us all.

And it all started with a minor inconvenience, because during the medical consultations in Warsaw, at the Enel-Sport clinic, the team of young tennis players appeared in a slightly reduced line-up. Among the smiling faces of young adepts of the tennis craft, there was no Olivier Krupa, who was kept at home by family matters. There were also other participants of the grouping, namely Marysia Małecka, Julia Koper and Miłosz Szczypka. It could be said that the first March cats had some problems with crossing the fences, but although a friend was missing, they all quickly focused on performing tasks prepared for them by a specialist in motor preparation, Dr. Remigiusz Rzepka .

- It was a comprehensive physiotherapy assessment to check the motor system of our young tennis players. Then it was time for simple functional tests to see how they deal with body control, mobility, and stability in basic movement patterns. Then it was time for corrective exercises - describes the first classes with "Frutusia" Rzepka, doctor of medical sciences, long-term trainer of physical preparation of our football team, as well as representatives in such sports as basketball, volleyball and futsal. - This is a group of young players with considerable potential, but they should conduct systematic motor training focused on the basic aspects related to the control of body position, range of motion and good position during exercise.

Doctor Rzepka emphasized that it is very important for young players to be aware of certain risks, the specificity of which results from training tennis. It is this awareness that will help to avoid dangers in the future and will have a positive impact on the course of your career not only in its early but also in later stages. This message perfectly reached the juniors of fruusia, because they performed not always easy exercises with great commitment. Although it was obvious that they would most likely run with a racket on the court ...

It was not the time, however, and the next day as well, because under the supervision of Ania Kazimierczak , our trainer for motor preparation, the young people improved their condition during runs in the forest. There were also various exercises, solo and in pairs, interrupted by the successive stages of running. Hard work, although with a smile on their face, kids are aware that every effort builds them up as better players, is pure profit for them.

- These were consultations that were largely devoted to building a relationship between the players and the team's training staff. And it was a good time, because we learned a lot about each other - says Katarzyna Kozikowska , sports psychologist associated with our team. - We got to know our preferences and expectations. And we already know that we have a lot of cool work ahead of us in the area of ​​mental training. I am glad that the kids found out what the role of a psychologist in sport is, although the most important thing for me is that the integration went well, and this is the basis for a good job in the future - concluded Kozikowska.

As you can see, this work will take place on many training grounds, because the main idea of ​​Frutuś Kids CUP Team is to build athletes confident in their skills, capable of coping well with many aspects that they will have to fight during their sports career. The assumption of the project is to give talented youth a chance to properly pursue a tennis career, but also to develop the body in the most comprehensive way, also in the mental sphere. For future success, you need to learn yourself well, know the stability of your steps, but also the way of thinking and mentally coping with the challenges you will face.

The last day of consultation is a full-day visit to the courts. Activities on the courts took place every day of the training camp, but it was obvious that the possibility of spending a longer time with a racket in hand is what the young tigers liked the most. Here, Katka Urbanova , our tennis training specialist, took over. - I know these players well, I have been watching them for some time, even during tournaments. They are a great team that is not afraid of hard work, both during psychological and general development classes, as well as with a racket on the court. There is a lot of work ahead of us, but we are prepared for it. These consultations, this grouping allowed us to feel good teamwork, and it will certainly bring the right results.

With the start of the LOTTO SuperLIGA main round, the competition in the FRUTUŚ Kids CUP Tour tournaments will begin, the results of which will be the basis for the selection and selection of further members of the FRUTUŚ Kids CUP Team. For four young players, this is a great chance for their careers to develop under the watchful eye of experienced coaches and in perfectly prepared conditions. They have a lot of hard work ahead of them, but also a chance that their talent, if managed properly, will one day bring success in adult arenas.