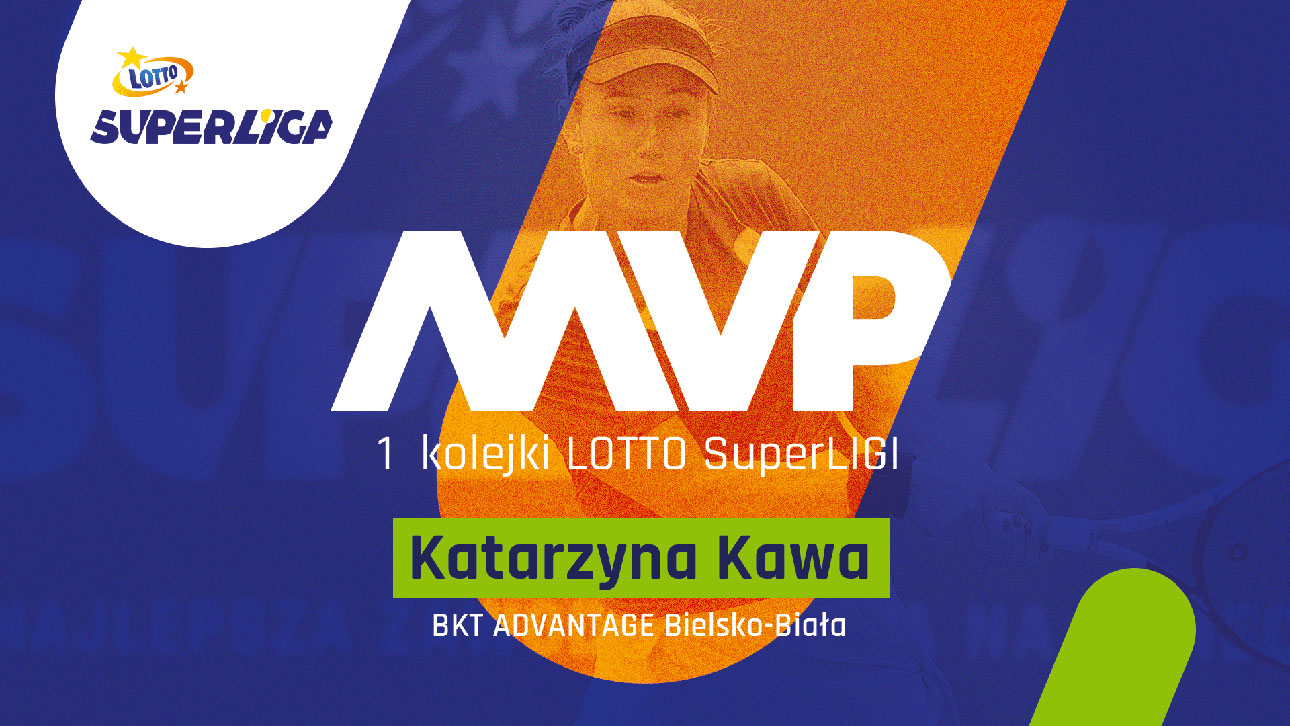 Historic MVP of the cable car for Katarzyna Kawa

LOTTO SuperLIGA once again sets a new trend in Polish tennis. MVP award will be awarded to the player who has had the greatest impact on the success of his team. Katarzyna Kawa from BKT ADVANTAGE Bielsko-Biała became this historical figure in our games after the first round Congratulations!

- Really? It's very nice, thank you ... - in the conversation with our representative, Kasia was a bit surprised. Grace, great sports skills and modesty - bravo! However, we cannot fail to mention the fantastic performance of the player from Bielsko during the competition with KT KUBALA Ustroń. Katarzyna defeated Rebecca Sramkova 6: 2, 6: 0 in the single, and later in doubles with Maja Chwalińska, they did not give Sramkova-Oczachowska a chance, winning 6: 1, 6: 1.

Each great tournament is accompanied by a formula for awarding the prize for the Most Valuable Player - MVP (from the English Most Valuable Player ). However, while in team sports it is actually a routine, in the case of individual competition, which undoubtedly is tennis, it is something definitely less common. However, we must not forget that the LOTTO SuperLIGI game is a club fight, and each team member has an impact on the final result. Last Sunday, Kasia Kawa was definitely the brightest point of the BKT ADVANTAGE Bielsko-Biała, who played excellently.

- We have a strong team, some really great players. However, what is most important in this team is the fantastic atmosphere between us. She is unique, we feel great in each other's company - says Kasia about her club. - Are we the favorite of the LOTTO SuperLIGA games? We will definitely fight hard to win. With such a team there is a chance for a good result.

And what does Kasia Kawa think about the tournament itself, which ends the first round with the MVP award?
- I was very positively surprised by the envelope and the preparation of this competition. Everything looked very professional and modern. The atmosphere was unique, so I feel all the more nice about this conversation - ends Katarzyna. And we congratulate you once again! Although it is known that the most important decisions in the LOTTO SuperLIDE are still ahead of us, Katarzyna Kawa has permanently entered the history of our games. Way to go!