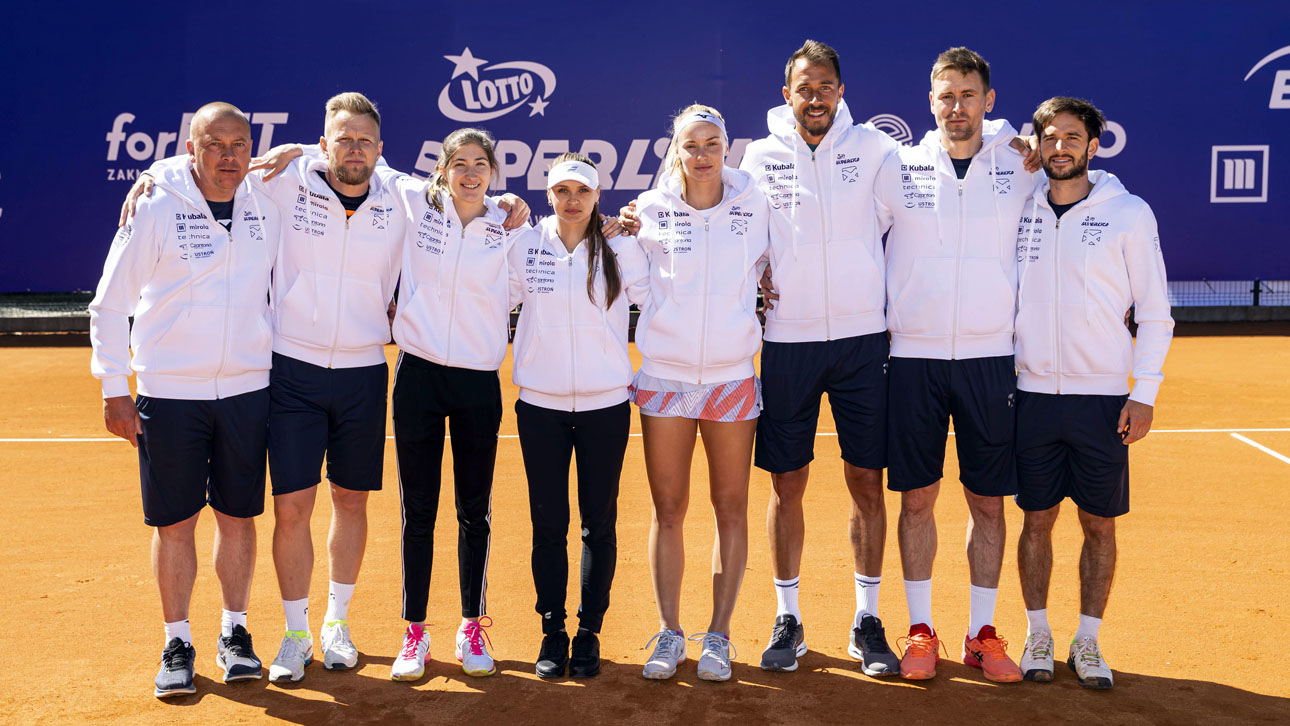 Let's experience it again - Ustroń on May 29, Meeting of the Queue

After many months of preparation, conceptual work, research, consultations and solving charades, the first round of LOTTO SuperLIG I games took place, and in it a queue meeting - KT KUBALA Ustroń vs. BKT ADVANTAGE Bielsko-Biała .

It is no coincidence that this text is written in a box located right next to the main court of a picturesque facility in Ustroń and begins the series " Let's live it again - #Tail- .

We all lived on May 29, and the eyes of tennis Poland were focused on beautiful, mountainous Ustroń, where the first LOTTO SuperLIGA #MatchKOLEJKI meeting was to take place, and during it, awaited by all fans in the stands and in front of televisions, #MatchKOLEJKI, in which Zdenek Kolar from BKT was to test the skills of Lukas Rosol from KT KUBALA Ustroń. Unfortunately, a minor injury suffered by the Czech from the Bielsko team after the murderous duel with Stefanos Tsitsipas during Roland Garros, meant that the day before the match had to be changed in its composition. The wide staff of the club from Bielsko allowed for a valuable replacement quickly. Without adhering to the chronological correctness, we will write to you that Kovalik, who was playing as a substitute, turned out to be a demanding partner for Rosol and he won the Matchday Match.

12:30 - this match was played at this time. I mean, this was the case in the TV program, because before Czech opponents appeared on the court,… Artur Bochenek, Vice President of the Management Board of SuperLIGA SA, appeared on the court. One of the originators of the competition formula told about the short past and the great future of the new league in a short but concise conversation with a sports station journalist. His words flowed seamlessly into a warm-up, and then it was the game.

OK, although chronological chaos broke into this text, it was not in the course of events on the courts. It all started at 9.30 am. The editor Maciej Łuczak, who was the host of the competition, welcomed everyone gathered at the facility and the clubs standing opposite on both sides of the net. Then the president of SuperLIGA SA, Danuta Dmowska-Andrzejuk, took the floor. Our boss feels great with the microphone in her hand and she smoothly and concisely summarized the circumstances, giving the voice to the mayor of Ustroń, Mr. Przemysław Korcz.

Well, the thing about sport is that it is often the disposition of the day that determines the result of the competition. Here, the fortune on a sunny Sunday was definitely on the side of the players from Bielsko-Biała. 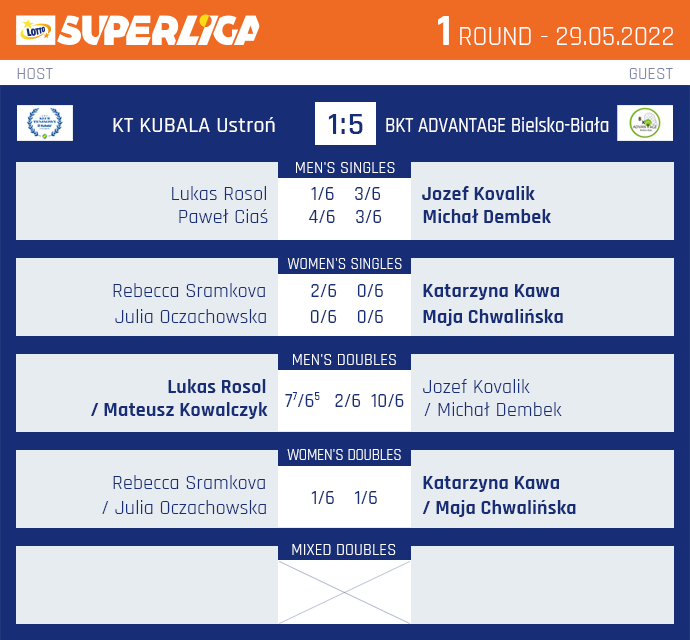 We write about a great game, but the main idea of ​​LOTTO SuperLIGA is also that sports emotions should be accompanied by no less ... social emotions. In Ustroń it turned out exactly as we planned. A lot of fans gathered around the courts on which the competitions were played, could count not only on the display of top-shelf tennis skills, but also on interaction with attractions served by our league partners. And that's what it was - a lot of offers for the youngest, for slightly older children, for those completely adults, there was also something. You could eat something, drink some juice or something carbonated, hostesses focused on interaction circulated among the gathered, from whom - if only their expectations were met - you could get a nice gadget. There were also specialized stands offering products that are the basis of our business partners' activities. The entertainment and tennis town with attractions for the whole family operated at full speed all day long!

The first FRUTUŚ KidsCUP Tour . On Sunday, the number of children was a bit smaller, but still enough to bring a really fantastic color to the adult tennis competitions with their presence vibrating with positive emotions. It was cute and very cool - young people watching those who they would want to take their place one day, and the older ones, focused on their match, but also drawing energy from a motley crowd, maybe a bit too loud at times, but in such a charming way that it was hard to be angry with them.

All matches in the first round of LOTTO SuperLIGI could be viewed on the SLIGA.TV website. Streaming is the basis of our times and the modern reception of sport, but we decided to go one step further - behind the main court, we built, in cooperation and thanks to forBET's support, Studio SLIGA.TV , in which editor Łuczak was the master of the ceremony. And he had something to do that day, because we wanted to immediately summarize every thing happening on the courts or in the stands with a dynamic conversation. And Maciej did not leave his studio for a long time, and his guests were fantastic and he conducted daring, concise and - above all - extremely substantive conversations with them. Sometimes the content was a little bit of a background, because, for example, when the famous ski jumper Piotr Żyła, who lives in the area, appeared at the KT KUBALA Ustroń facility, in whose professional emploi, apart from great flights, there is also a specific humor, it is difficult to be serious.

And very good, that was the point too! LOTTO SuperLIGA is more than just a sport. We want it to be a lifestyle for Sunday mornings and afternoons. KT Kubala Ustroń courts will be filled not only with professional players, but also with a lot of fantastic children in whom we instilled a love for tennis today. 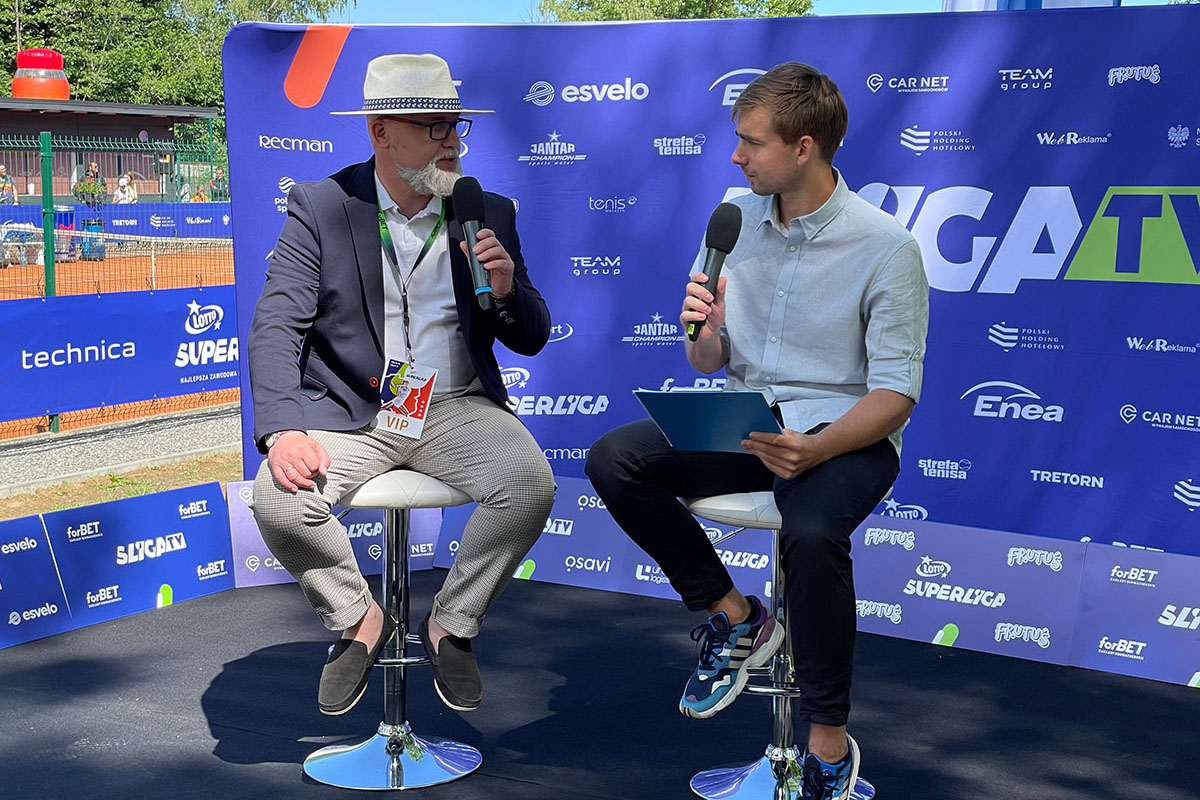 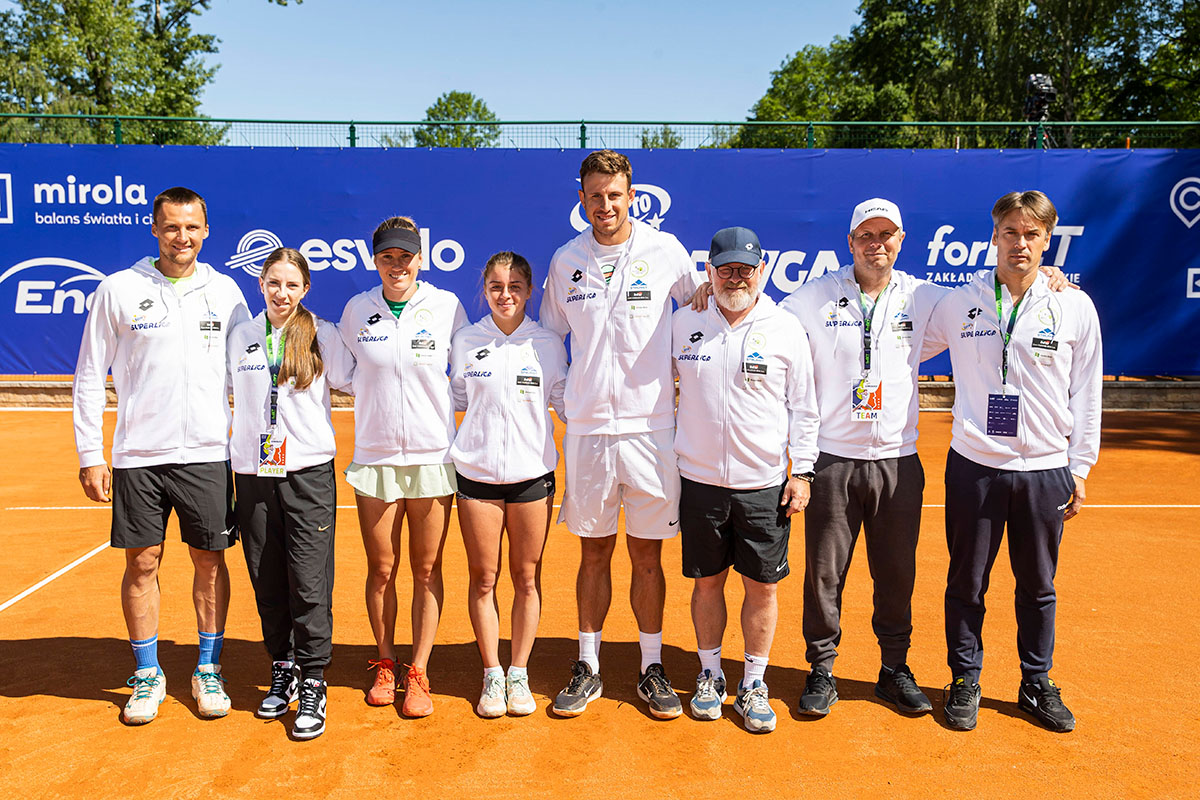 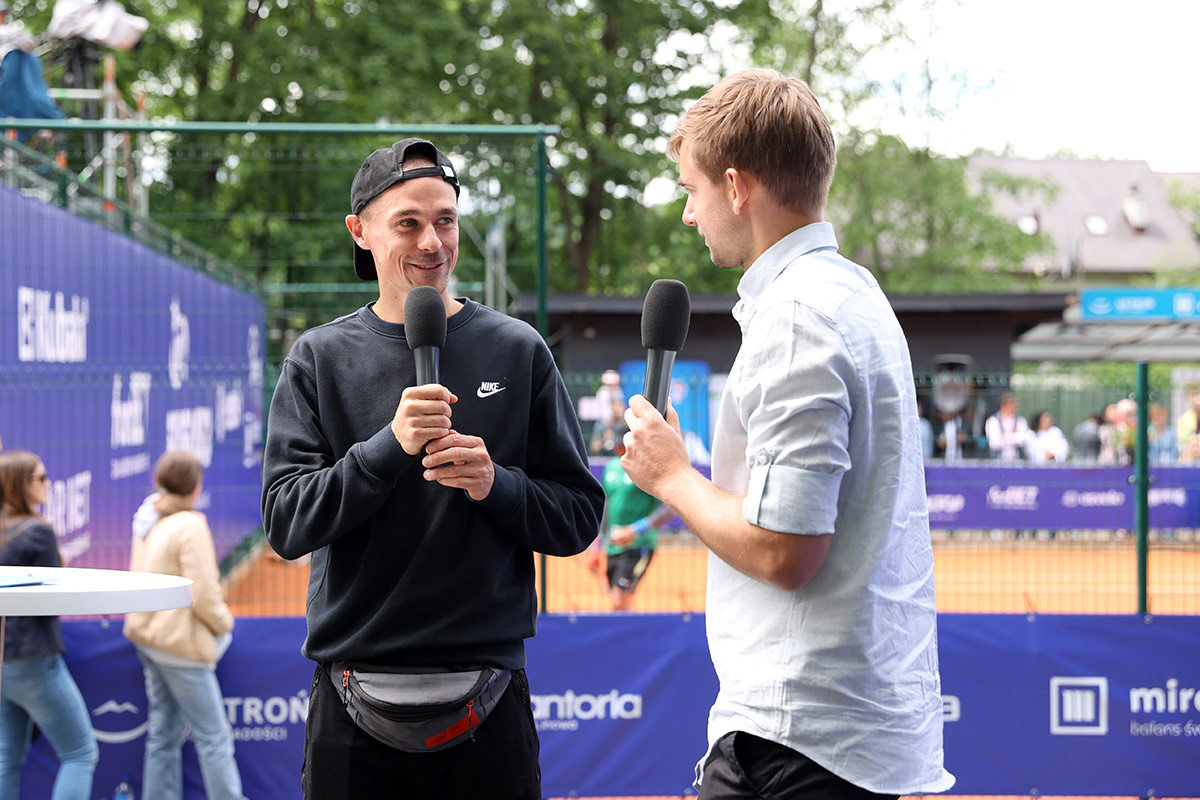 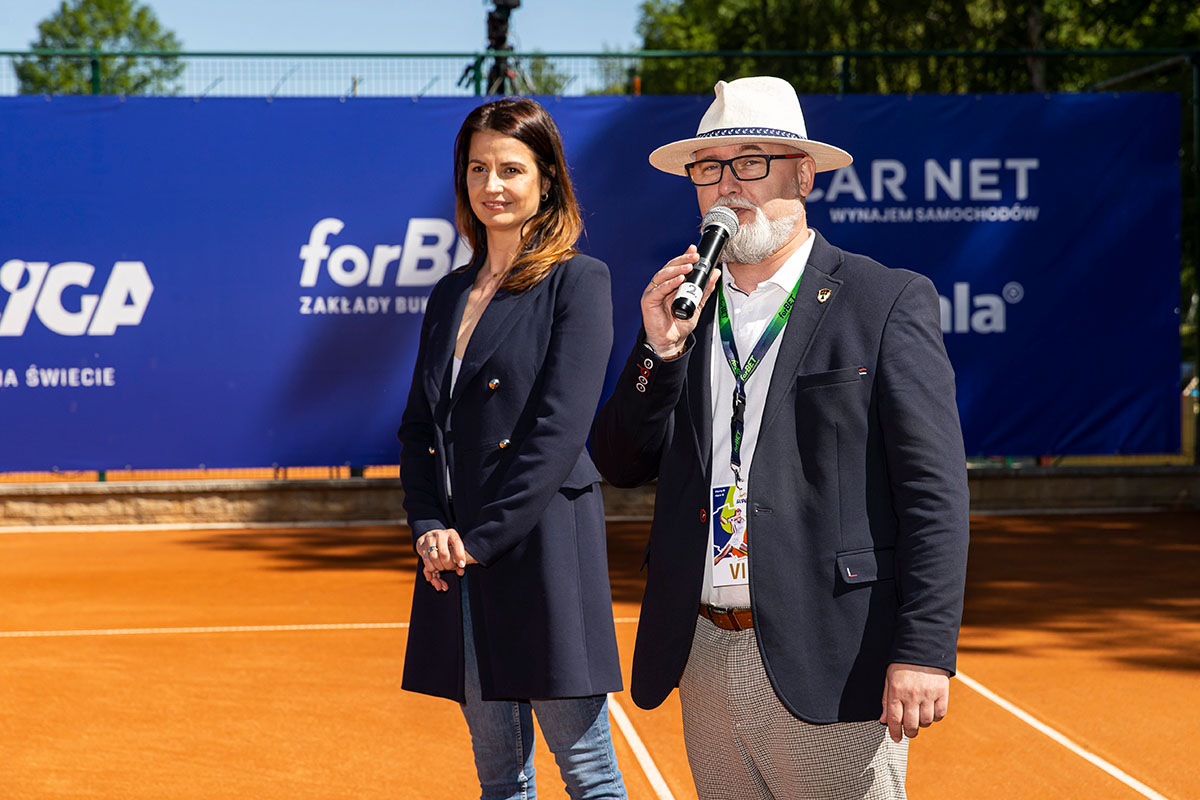 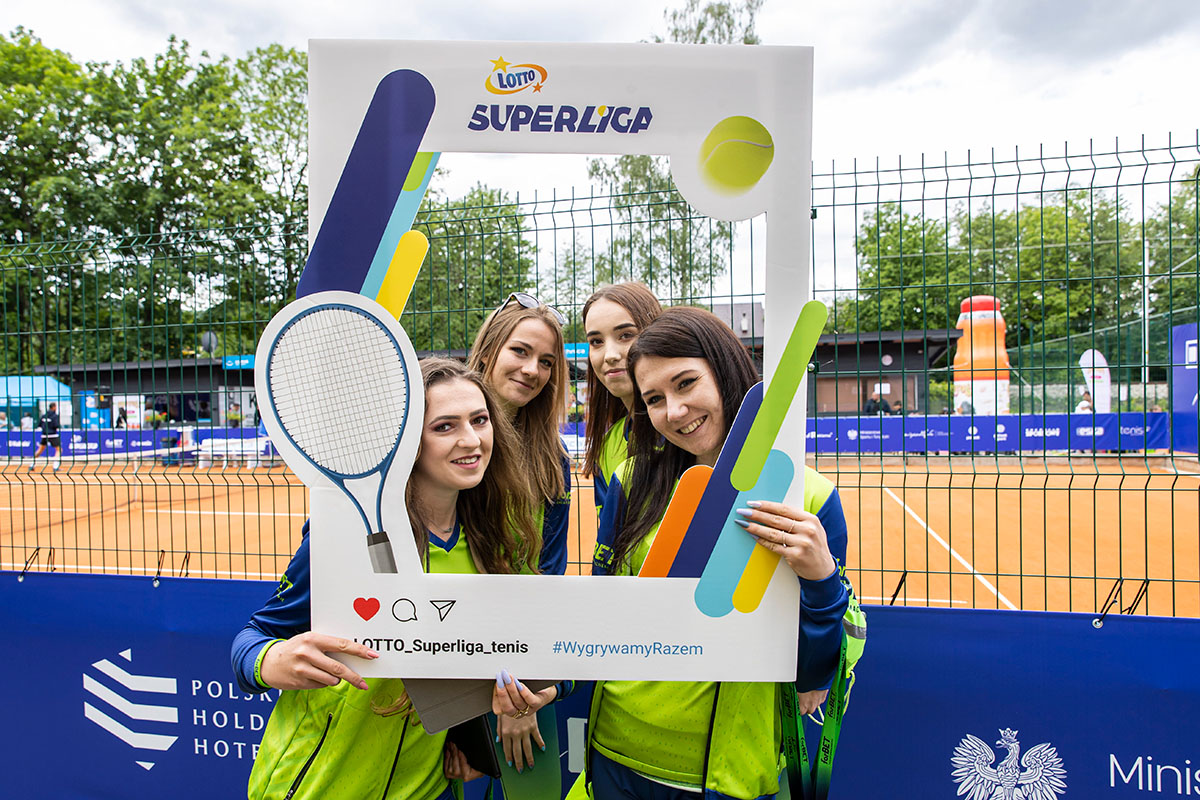 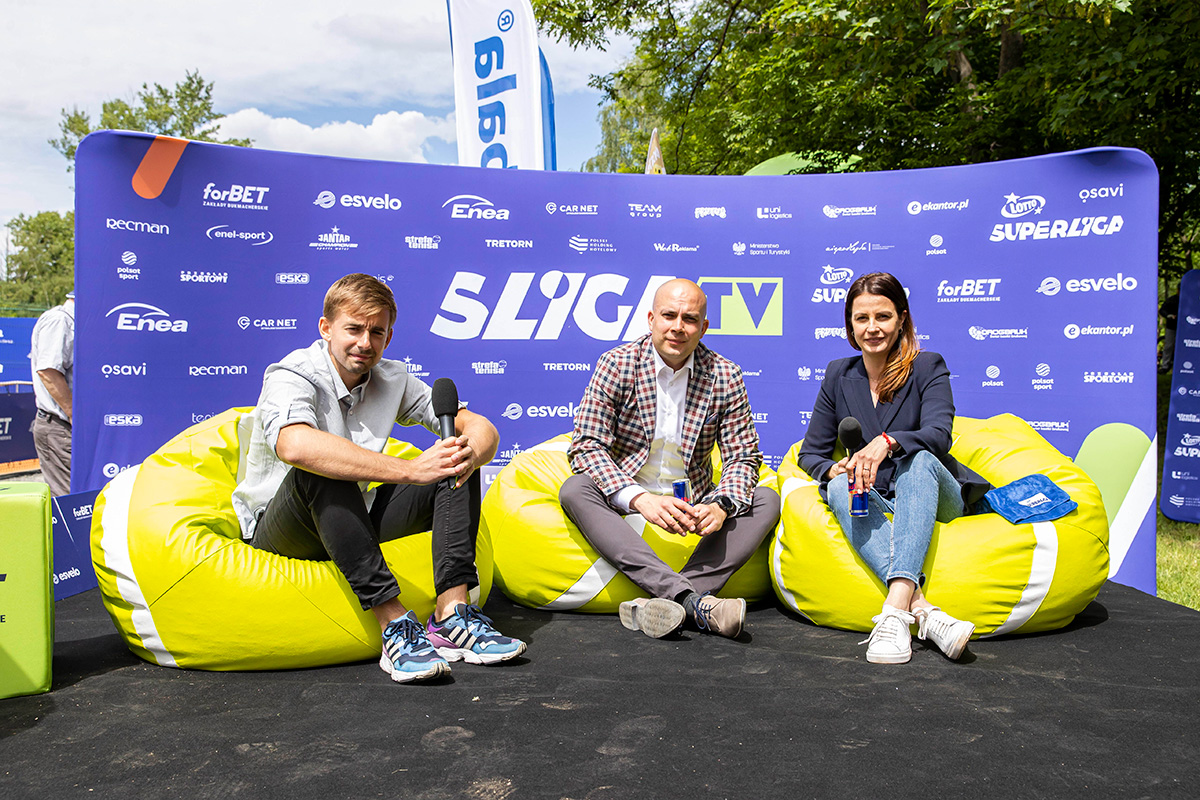