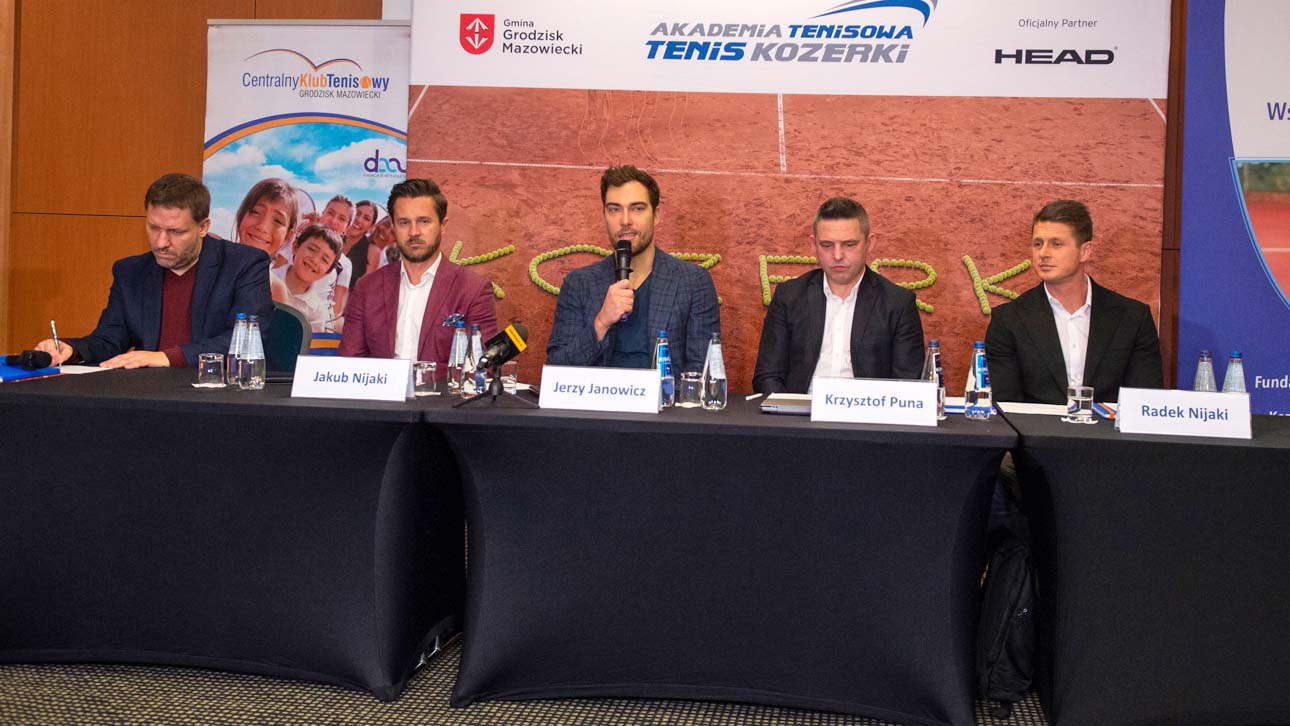 - I will represent CKT Grodzisk Mazowiecki in the LOTTO SuperLIDE - said the former 14th ATP rider and the Wimbledon semi-finalist during the press conference. Jerzy Janowicz joined the club from Kozerek and announces the return to Polish and world courts.

- I am not going to treat the participation in the LOTTO SuperLIDE as a form of training or preparation for playing in tournaments. The money is not small in it, there is media interest, there will be fans in the stands, so it will definitely be a serious chapter in my career - said Janowicz. He also added that he would persuade his friends from the club to take part in the new competitions. And this is a really respectable group.

- The leader of our team is Jurek Janowicz, and earlier we acquired Kamil Majchrzak, Kacper Żuk, junior Maks Kaśnikowski, or the doubles player Janek Zieliński - said Krzysztof Puna , sports director of the Tennis Academy in Kozerki at the conference. - They are all making their way to the world leaders more and more, but they are also the pillars of the country's representation in the Davis Cup and will play an important match against Portugal next week. In recent days, we have strengthened the squad, especially when it comes to girls, reaching for several foreign players, and the highest-ranked of them is the Belgian Alison van Uytvanck, currently 55th in the WTA ranking.

As you can see, CKT is taking the competition very seriously in the coming season, having ambitious plans for the best presentation on the international and national arena. In Poland, the most serious competition will take place in the LOTTO SuperLIDE. - This project may even extend my career, or that of a few other players, said Jerzy Janowicz, who also became the ambassador of the tennis complex under construction in Kozerki, which will be one of the largest facilities of this type in Europe.

We would like to remind you that the LOTTO SuperLIGA is scheduled to start on May 29, and on March 10, matches and their hosts will be drawn. The games will consist of seven rounds in the main round, which will select the participants of the Final Four in Zielona Góra (December 8-10), after which we will know the champion and the final order of Top 4.