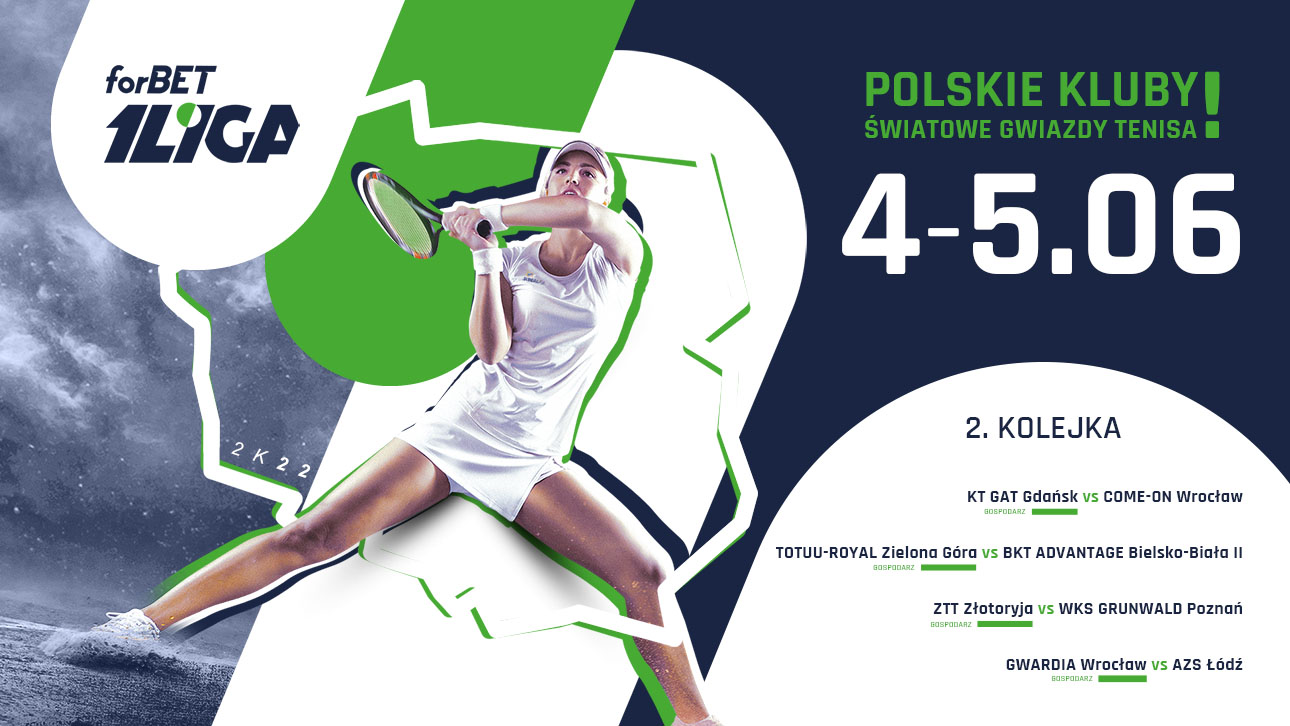 will never say about the forBET 1st LEAGUE Yes, these are the facilities of the highest league, but the emotions that affect the matches played there are also of the highest order. For now, tennis clubs from Wrocław are in the lead - is this a constant trend, or is the second round of games able to flatten the table?

COME-ON and GWARDIA showed in the first round that they play tennis that is painfully effective, in addition they won their matches in the same ratio - 5: 1. It seems that the guards had a slightly more difficult task, as they had to compete outside Wrocław. The trip to Złotoryja was not long, however, and the journey apparently did not affect the players' condition completely, because the victory was impressive - triumphs in men's and women's singles, as well as in men's doubles, and the honor of ZTT was saved by ladies playing in doubles. COME-ON defeated TOTUU-ROYAL Zielona Góra on their courts, although after the men's first match, the guests were in the lead. Then, however, the team from Wrocław led Marcel Dzieło and Nika Hurkacz to victory, winning their singles and doubles.

COME-ON in the next queue is waiting for a trip to Gdańsk, for a match with the local GAT, which in the first round after a hard fight was defeated in Bielsko-Biała by the local BKT ADVANTAGE II in a 4: 3 ratio. In turn, GWARDIA will host AZS Łódź, which in the first round recognized the superiority of the Poznań GRUNWALD (2: 4). The team from Poznań is going to the game in Złotoryja and they will certainly want to prove that the victory in the first round was a part of a long-term plan for promotion to LOTTO SuperLIGA. In Zielona Góra, on the other hand, there will be a match between the local TOTUU-ROYAL and BKT ADVANTAGE II - will Bielsko-Biała improve its one-point achievements in the table? Or maybe TOTUU-ROYAL will come out of the position of zero points? There will be no shortage of emotions!

A certain change awaits us in forBET1.LIGA. Well, as a result of consultations between the tournament management board and the clubs, it was decided to play fB1L on Saturdays. The next round will be divided, because the matches of KT GAT Gdańsk - COME-ON Wrocław and TOTUU-ROYAL Zielona Góra - BKT ADVANTAGE Bielsko-Biała II will be played on Sunday, June 5, but from the third, and the first in July, in the case of forBET1 .LIGI will be accompanied by the slogan "Tennis Saturday" .

* place in the table in parentheses